Budrick has now used up one more of his 9 lives! Living on the water in a beautiful setting, Budrick has full run to come in and out whenever he likes. He has even been spotted laying on the pier in the sun. One day he disappeared and it was unusual. Knowing that he always stayed close playing in the woods and visiting the neighbors it was a sign that something was really wrong. Dogs Finding Dogs came out and searched the whole little neighborhood tracking Budricks scent. At a house about 3 doors down lives 2 kitties that Budrick must like to play with. The people in this house always let the kitties go under the crawl space because there is a heater in there. Mistakenly they closed Budrick in. When Budrick heard his name being called a faint cry was heard. The crawl space was opened and Budrick ran out and straight back home inside thru his cat door. Other than being a little thin and thirsty and hungry, Budrick was perfectly fine. Thank Goodness he was found because that night we got another wintry mix of weather! 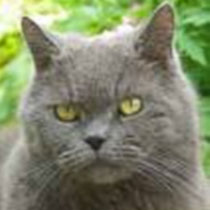