Congratulations to Erica and Charlie!

Charlie was staying with his grandparents in Edgewood, Maryland on New Year’s Eve when he slipped through a fence. Dogs Finding Dogs search team, Tim and K9 Jake, were called for a search on January 7th. K9 Jake alerted on one area in the marina, but Shiba Inu are known runners and can cover a lot of ground when they are in flight mode.

After that sighting on Friday the 13th, he continued to run for a few more days. The following Tuesday, Charlie was sighted and captured on Aberdeen Proving Ground. 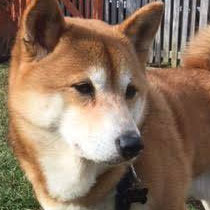