Little Bits, a 1.5 year old female black and tan German Shepherd escaped wearing a blue collar and dragging a red and gray leash. She was at work with her dad and someone left a door open and she bolted. Anne and Janel from Dogs Finding Dogs came out to help narrow this dog’s travel path so that we could ascertain where to set the traps. Thanks so much to them for the efforts and support in this case. They did exactly what we needed them to do. As it turns out, the GSD showed up early this morning. The husband saw the dog and did just what he was told. He laid on the ground and watched and watched…and watched. Off and on, the dog would just sit there and watch him. Then she (the dog) would get up and nonchalantly walk away. As soon as this would happen, she would come back and start the process over. This went on for three hours. At one point, she walked away and the husband got up and sat in the passenger side of his truck to dry off. He’d been out there lying on the street in the rain. As he did this, she approached and came the to the driver’s side of the truck. He had laid one of his shirts over the driver’s side window sill (window down). She then started whining. He slowly got out and laid on the ground (pass. side) and she got down and laid on the ground (driver’s side). Now they were looking at each other underneath the truck. He couldn’t reach her leash (which was now completely black with muck). So he slowly crawled around to the driver’s side. As he did, she slowly made her way around the pass. side. However, he left the pass. door open and had a chicken sandwich sitting on the dash. As she made her away around to the pass. side, up she went into the truck. He was able to shut the door with no problem. They then re-familiarized themselves with each other and they went home without incident. Thank you to everyone who helped recover Little Bits. Though it wasn’t one of us or our traps that ultimately caught her, it was still a team effort from all to help a dog that we have never laid eyes on or have any rights to. That’s being incredibly selfless and should be commended. Great job gang! 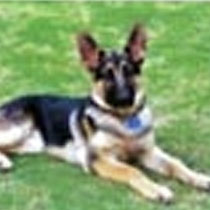