Mel-Mel was stolen by two neighbors who wanted to make a quick buck and they were STUPID! Mel-Mel had been gone for four days and was thought to never be found. Dogs Finding Dogs called and offered help. Being very skeptical my husband convinced me to give the tracking dogs a try and THANK GOODNESS! A siting had been called in that Mel had been chased 3 blocks away in a playground. This turned out to be a false report to throw everyone off! Heidi sniffed Mel’s toys and blanket at the front door and tracked down to the corner of our street stopping at every place that Mel liked to visit. She was correct so far. Then instead of turning to the left to go towards the playground she made a hard right and went three more houses and then up to the front door! Was this right? Turns out it sure was! Heidi would not pull off and then we heard Mel-Mel barking from a window. Now we had to figure out which one. Heidi pulled around back and went into the back yard. Same house! Mel was inside. After seeing Heidi and Anne and thinking that they were police, my cell rang and the people who lived there told me to meet them on a far away corner and that I could have Mel back if I gave them $750. We got the money and called Anne who told us to call the police, keep your money in the car locked up and to let the police be there to get Mel. Sure enough, it was Mel! We got him back! and Heidi was right! AMAZING!!! As for the thieves…what goes around comes around…..they are in hot water!!! and they are not too bright to steal a dog who lives just four houses away! What the heck were they thinking!!!! The neighbors knew Mel and all of the family members and stole Mel from the front porch! 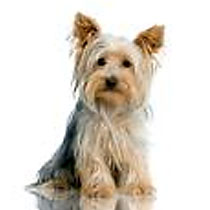