Congratulations to Anthony and Sully for a safe return home.

Special thanks to Clementine and K9 Scipio and Christine and K9 Keelah.

Sully, went missing from Bowie MD on January 24th. He was playing in a field with his owner’s sister and her dog, when he decided to chase a deer.  Dogs Finding Dogs went out the next day and tracked him through the woods into a nearby community. On the day Sully got lost, he followed a boy home from the bus stop to a neighboring community and the family took him in. The family who found him posted flyers that they had found a dog but it wasn’t until a few days later.   Finally, the connection was made, and Sully’s owners were able to bring him home. He was a lucky dog because he was well taken cared for during the four days that he was missing. 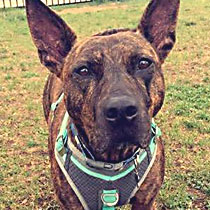