This is a picture of a kitty that was saved in a house fire, in Crownsville, Maryland. We all took our dogs. The fire was awful. There were six cats total in the house. Two were found in a closet and were brought out. Two more were found and the firemen revived them and they are doing well. There were two still missing.

We went out the very next morning with Heidi, Keelah and Jean. We searched the interior to find one of the kitties hiding in the drop ceiling/rafters of the basement. Then we all went outside to look for the other cats. There was scent path on the ground below the windows of the bedroom. Keelah started the track outside and led the way. Jean was to first to find the final hiding spot of the last cat.

All the dogs hit really hard in the woods behind the fellow’s house that lead to his back neighbors shed. It was amazing in many ways.

Folks, this is what it is all about. These people have no home for at least 6 months (or more) until their house is repaired. It was pretty bad. But the only smiles that the owner had was to have all his kitties home safe and sound. He is very grateful that we found his last 2 cats. He cannot thank us enough. 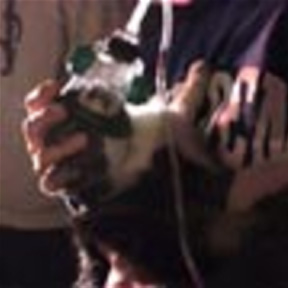